Reach For The Citizen Sky

The press release for Citizen Sky came out yesterday. It was picked up on right away by WIRED magazine. Here is the official version, complete with awesome illustrations.

This fall a bright star will begin a puzzling transformation that only happens every 27 years. To help study this event, astronomers have launched a new citizen science project called “CitizenSky” at www.citizensky.org.

Epsilon Aurigae is a bright star that can be seen with the unaided eye even in bright urban areas of the northern hemisphere from fall to spring. This Fall it is predicted to gradually lose half its brightness until early winter. It will remain faint during all of 2010 before slowly regaining its normal brightness by the summer of 2011. 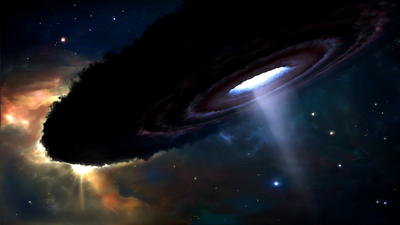 An artistic representation by Citizen Sky participant Brian Thieme of the epsilon Aurigae system as seen at high inclination and from within the system. Image credit: www.citizensky.org and Brian Thieme

Since its discovery in 1821, the cause of this dip in brightness has remained a mystery to astronomers. But this time they have a powerful new resource to help study the upcoming event: thousands of citizen scientists.

“This star is too bright to be observed with the vast majority of professional telescopes, so this is another area where public help is needed,” said Dr. Arne Henden, director of the American Association of Variable Star Observers (AAVSO).

Supported by a three-year grant from the National Science Foundation, CitizenSky will recruit, train, and coordinate public participation in this project. What makes this project different from previous citizen science projects is its emphasis on participation in the full scientific method. Participants are not being asked simply to collect data. They will also be trained to analyze data, create and test their own hypotheses, and to write papers for publication in professional astronomy journals. Participants can work alone on all phases of the project or they can focus on one stage and team up with others.

“Citizen science can be much more than data collection. Participants often have real-world experience and/or advanced degrees in areas that can be applied to astronomy. Our goal is to introduce the public to authentic science and at the same time use this talent to help astronomers,” Henden said.

The lead astronomer for this project is Dr. Robert Stencel, the William Herschel Womble Professor of Astronomy at Denver University. Dr. Bob, as the amateur astronomy community knows him, studied the last event in 1982-84 while working at NASA. “This is truly an amazing star system. It contains both a supergiant star and a mysterious companion. If the supergiant was in our solar system, its diameter would extend to Earth, engulfing us,” Stencel said. “The companion only makes its presence known every 27 years and is a type of ‘dark matter’ in that we indirectly detect its presence but don’t know what it is.

“To make things even more fun, we also have some evidence of a substantial mass, perhaps a large planet, spiraling into the mysterious dark companion object. Observations during the upcoming eclipse will be key to understanding this and predicting what will happen if the putative planet does eventually fall into the star,” Dr. Bob added. 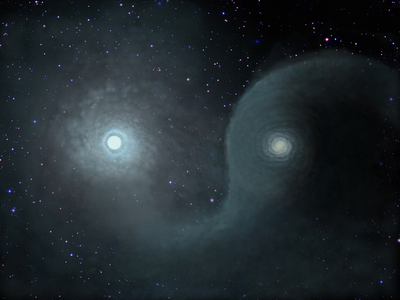 CitizenSky is a collaboration of the AAVSO, Denver University, Adler Planetarium and Astronomy Museum, Johns Hopkins University, and the California Academy of Sciences. The United Nations and the United States Congress have both endorsed 2009 as the International Year of Astronomy (IYA). CitizenSky was developed as part of the coordinated United States’ IYA effort.

The AAVSO (www.aavso.org) is one of the oldest citizen science organizations in the United States. It has been training and coordinating amateur astronomers since 1911. Their database of variable star brightness estimates includes over 18 million observations of over 8,000 stars. They currently have around 1,200 active observers located in 45 countries. They also publish the Journal of the AAVSO, a professionally-reviewed publication in which amateur astronomers can publish research papers.