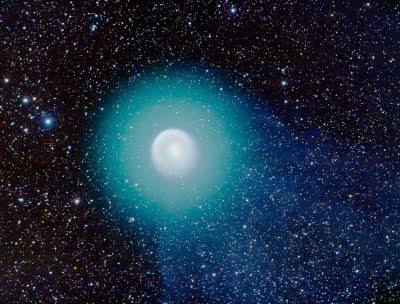 The Smithsonian Astrophysical Observatory announced August 22nd that the 2009 Edgar Wilson Award for the discovery of comets is being divided among five individuals for five different comets. 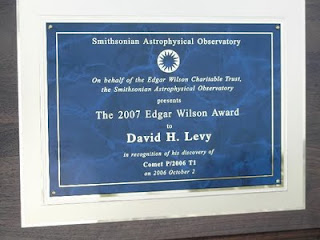 Each award is composed of a monetary award from the Edgar Wilson Charitable Trust Fund and an award plaque. The award is given annually to the amateur astronomers who, using amateur equipment, have discovered one or more new comets. Only comets officially named for their discoverers shall be included in the annual count.

It is amazing to me the number of comets still discovered by amateurs each year, and how many of them are made the old fashioned way- visually. During the first eight years of Wilson Awards (1999-2006), 17 awards went to visual discoverers of comets, 10 awards went to CCD discoverers, and one award went to a photographic discoverer of a comet.