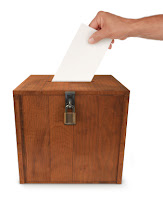 One of my dearest friends, Roger Kolman, was on the ballot for the AAVSO Council this year, but he did not have high hopes of being elected. "People just don't remember us old-timers anymore," Roger told me.


So when the results of the council elections were announced this morning at the AAVSO Membership meeting, I was excited that he had made it, and wanted to be the first to congratulate him. I quickly fired off an email on my Smartphone, entitled- "You've Been Elected!"

"Dear Roger,
You were 5th in line, but since one councilor went into the 2nd VP slot, they needed five out of eight, that's you!  Congratulations,  Mike"

About a half an hour later I received a reply:

"What?  I wasn't aware I was up for election for anything!  I certainly never put my name forward.  Cheers, Roger Pickard"

In my haste to notify my friend in Illinois that he had been elected, I had inadvertently sent the email to the Director of the British Astronomical Association's Variable Star Section! You can imagine his surprise in being told he now held another post as an AAVSO councilor.

I hastily wrote him another note apologizing for the confusion and assuring him he did not have to be at the next meeting in Big Bear, CA in May. He was quite relieved.