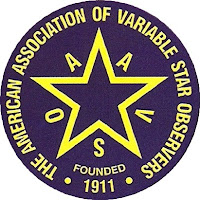 On October 10, 2011, the American Association of Variable Star Observers (AAVSO) will turn 100 years old. To celebrate One Hundred Years of Citizen Science, we have planned grass roots outreach, website features, observing challenges and two meetings to commemorate this historic occasion.

So what is the AAVSO, and what is all the fuss about?

The AAVSO is a worldwide, non-profit, scientific and educational organization of amateur and professional astronomers who are interested in stars that change in brightness—variable stars. Since the beginning, the AAVSO has been based on the cooperation between professional and amateur astronomers to collect, archive and analyze variable star data.

Observing variable stars and publishing the observations in astronomical publications had established a toehold in Europe in the 1880’s, but it wasn’t until Harvard College Observatory Director, Edward C. Pickering, began making appeals to American amateurs in the 1890’s that interest began to grow in the United States. William Tyler Olcott quickly fanned the interest sparked by Pickering into a small fire. Olcott was an amateur astronomer and lawyer who heard Pickering give a talk about variable stars at a meeting of the American Association for the Advancement of Science in 1909. In March 1911, Popular Astronomy published an article by Olcott titled "Variable Star Work for the Amateur with Small Telescopes." Olcott echoed Pickering's earlier appeals to amateur astronomers to use their instruments to engage in citizen science by writing:

“It is a fact that only by the observation of variable stars can the amateur turn his modest equipment to practical use, and further to any great extent the pursuit of knowledge in its application to the noblest of the sciences.”

In October of 1911 the AAVSO was organized. It had 13 members. Headquarters was Olcott’s house on Church Street in Cambridge, MA. William Tyler Olcott single-handedly performed the duties of all the officers while the organization is in its infancy.

In 1912, Henrietta Swan Leavitt discovered the relationship between Cepheid variables period and their luminosity, allowing astronomers to calibrate distances farther out into space than ever before. Variable stars were about to become very important.

In the early days of the AAVSO, observers concentrated on the known long period variables. The variations of these stars were several magnitudes and the periods from maximum to minimum and back were on the order of hundreds of days. This made them ideally suited to careful visual observers armed with comparison charts with assigned magnitudes of comparison stars.

Training observers, organizing and encouraging them, producing and distributing variable star charts and collecting, recording and publishing the results became the responsibility of the officers of the organization. The Director was actually called the Recorder for the first few decades of the AAVSO’s history.

When the AAVSO was incorporated in 1918, there were perhaps a few hundred known long period variable stars. By the time Olcott died in 1936 there were tens of thousands of known variables, far too many for professional astronomers and the observatories of the day to hope to be able to monitor. 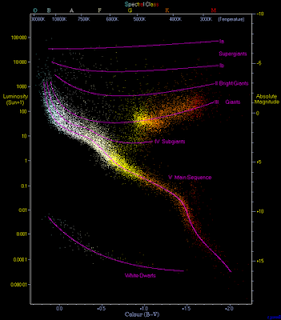 To put this era into historical perspective, astronomers were just beginning to sort out the spectral sequence and its meaning. Most believed that all stars started out their lives as hot and bright and got cooler and faded as they matured. The Hertzsprung-Russel Diagram was thought to represent this stellar evolution model, with stars being born on the hot, luminous upper left of the diagram and evolving to the cooler fainter end at the bottom right of the H-R Diagram. What fueled the stars and how long they lasted was still beyond our understanding. The real picture of stellar evolution and the composition and structure of the interiors of stars were still decades away. That amateur astronomers could record the baffling pulsations of variable stars and potentially help unlock the secrets to the stars must have seemed as amazing then as it does now.

Little did they know that variable stars would be fundamental in our understanding of the life cycles of stars and the history and fate of the Universe. Annie Jump Cannon was just sorting out the spectral classes by temperature into the familiar OBAFGKM sequence.

In 1915 Harlow Shapley used Cepheids to figure out the size and shape of the Milky Way, and our solar system’s place within it. That same year, Leon Campbell became Recorder of the AAVSO.

In 1918 Harvard College Observatory offered the AAVSO an office in Building A of the observatory. It was the first of only a handful of addresses the organization would occupy in the first 100 years. 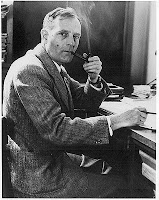 In 1924, Edwin Hubble discovered Cepheid variables in the Andromeda Galaxy. That answered the question of whether the Milky Way was the Universe or merely one among billions of galaxies that populate a Universe much more vast that we imagined. Five years later the amazing announcement that the Universe is expanding was made and not only that, but the galaxies farthest away were receding from us faster than the closer galaxies.

Throughout this time, citizen scientists continued to diligently record and archive the changes of mysterious variable stars, while astronomers examined the cosmos in a whole new light.

Some time in 1942 the AAVSO archived its one-millionth observation. In 1946, after 35 years as the head of the AAVSO, Leon Campbell stepped down as Recorder and Margaret Mayall took over stewardship of the organization. The number and complexity of distributing comparison charts grew exponentially as did the job of collecting and archiving the observations. Then in December 1953, Harvard College Observatory decided variable star science wasn’t important enough to devote office space to anymore, and the AAVSO was asked to vacate HCO by January 1, 1953.

Kicked to the curb, forced to fend for itself or die, the AAVSO was once again without a formal address. After months of searching, Margaret Mayall found a 400 square foot office in Cambridge to move the AAVSO into. Margaret worked for the AAVSO for free for most of this time and the AAVSO’s 50th anniversary in 1961 came and went without a lot of fanfare or celebration. Just keeping the doors open was an every day challenge.

Technology, computers, the space race and man on the Moon brought about dramatic changes in the world of astronomy in the 60’s and 70’s. In 1965 AAVSO moved again, into slightly bigger offices where it remained for 12 years, and in 1967 the AAVSO entered the computer age with punch card data entry. 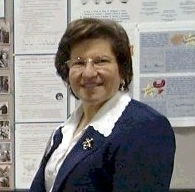 In 1974, Janet Mattei became the Director of the AAVSO. Ten years later, the AAVSO International Database contained 5 million observations, and the data was being used by professional astronomers to examine the dynamics of stellar interiors and stellar evolution. AAVSO observers collected information on more types of variable stars than ever before. Cepheids, RR Lyraes, cataclysmic variables, novae, supernovae, R CrBs and some stars that defied classification.

Finally, in 1986, the AAVSO was able to purchase its own building. The AAVSO opened the doors to its new headquarters in August, just around the corner from the offices of Sky and Telescope magazine in Cambridge. The AAVSO had arrived as a force in astronomical research and Janet Mattei and the 25 Birch Street address became familiar to astronomers around the planet.

By the 1990’s the international aspect of the AAVSO was undeniable. Working in cooperation with other variable star organizations in North and South America, Britain, Europe, Australia, New Zealand and Japan as well as having members and active observers in dozens of countries around the world.

In 1995, the AAVSO became accessible to the world via the Internet when it launched its first website. Our connection to NASA and the space and astronomy community became stronger and the AAVSO released Hands On Astrophysics, an educational program aimed at teaching math and science through variable stars, funded by a grant from NASA.

It wasn’t long before astronomers using space telescopes were asking AAVSO observers to monitor cataclysmic variables and other objects from the ground simultaneously while they observed them from space in other wavelengths. Some of our basic understanding of the geometry and structure of accretion disks and the stars in compact binaries came from studies of SS Cygni made by AAVSO observers in conjunction with space satellites. Often times, the satellites would be directed to point at specific targets of opportunity based on reports of stellar activity from AAVSO observers. 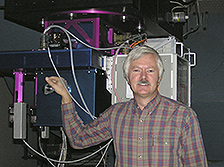 In 2002, the AAVSO International Database reached 10.5 million observations. In March of 2004, Janet Mattei, the heart, soul and face of the AAVSO, passed away unexpectedly. It took a year to select a successor, but finally in 2005, Arne Henden became the first Director appointed in the 21st century.

Oddly enough, the AAVSO was facing some of the same challenges it had faced before. The success of the organization had resulted in our outgrowing the Birch Street offices, and when Sky and Telescope announced they were moving and their buildings were for sale, the AAVSO made an offer to purchase and in 2007 moved into the former Sky and Telescope offices.

The AAVSO International Database now contains over 19 million observations and is growing exponentially. Our observers use large sophisticated telescopes, visually and with CCDs to collect more and better observations each year. Some of our observers are able to measure the minute change in light output from a planet crossing in front of a distant star, something William Tyler Olcott could never have imagined.

It is impossible to know where the next one hundred years will lead us, but if you want to be a citizen scientists studying the stars come join us at www.aavso.org.

If you show signs of star susceptibility you should approach the observing of variable stars with the utmost caution. It is easy to become an addict and, as usual, the longer the indulgence is continued the more difficult it becomes to make a clean break and go back to a normal life.
Posted by Big Mike

Thanks for the interesting post. I used your photo of Ms. Mayall in a local history piece from the area where she grew up, and I credited and linked to the source. Thank you. If there's a problem with this usage let me know and I'll take it down immediately. Thank you.