Peering Into the Future- The Decadal Survey

But astronomers also have to look forward, and make predictions about the future. In order to keep astronomical research pushing at the forefront of our knowledge, astronomers need to predict what new areas of research and technology will help answer the pressing science questions of the next decade, and how much it will cost to build the telescopes, spacecraft and experiments needed to unlock the secrets of our Universe. And since it is impossible to pay for everything, someone has to prioritize which projects will get the biggest bang for the bucks in the coming decade.

So every ten years since the 1960’s, astronomers have formed expert panels and committees who coordinate a gigantic undertaking called the Decadal Survey of Astronomy and Astrophysics. Its mission is to survey the field of space and ground-based astronomy and astrophysics, then produce a report recommending priorities for the most important scientific and technical activities for the next decade. The results of the latest Decadal Survey, a massive summary report entitled New Worlds, New Horizons in Astronomy and Astrophysics, has been in the works for nearly two years, and was just released August 13th.

The three key science objectives for the coming decade are laid out in this report. The first is  Searching for the First Stars, Galaxies, and Black Holes.

We’ve learned a lot about the history of the universe, from the big bang to the present day.  But a great mystery now confronts us: When and how did the first stars and galaxies form out of cold clumps of hydrogen gas and start to shine? When was our “cosmic dawn”? 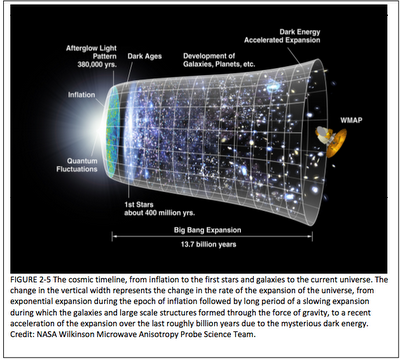 Observations and calculations suggest that this phenomenon occurred when the universe was roughly half a billion years old. Scientists think that the first stars were massive and short- lived.  They quickly exploded as supernovas, creating and dispersing the first elements heavier than hydrogen, helium, and lithium, and leaving behind the first black holes.

After the cosmic dawn, more and more galaxies formed, merged, and evolved as their gases turned into stars and those stars aged.  Many of the faintest images from current telescopes are of these infant hungry galaxies. We now know that these cannibalistic galaxies quickly grow black holes in their nuclei with masses that can exceed a billion times the mass of the Sun and they turn into extraordinarily luminous quasars. How this happens is still a mystery. 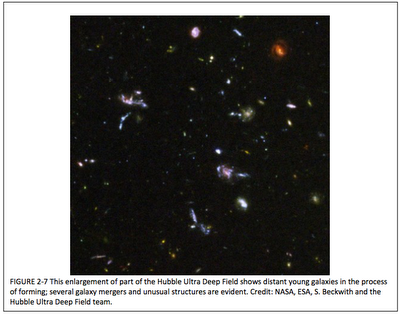 We also know that the giant galaxies we see around us today were built up from the mergers of smaller galaxies and the accretion of cold gas.  Not only do the stars and gas commingle, but the central black holes also merge. We should be able to detect waves in the fabric of space-time— gravitational waves—that result from these dramatic mergers.

Exploring the first stars, galaxies, and quasars is a tremendous challenge, but our ability to look back in time to the beginnings of our Universe improves every year. Astronomers are now looking forward to the time when we can look backward as far as there is anything to see!

The second key science objective is Seeking Nearby, Habitable Planets.

Remarkable discoveries over the past 15 years have led us to the point that we can hope to answer the question, “Can we find another planet like Earth orbiting a nearby star?”

In 1995, a star just like the Sun in the constellation Pegasus was shown to vary regularly in its radial velocity, resulting from the gravitational pull of an orbiting planet. This planet was determined to be roughly as massive as Jupiter but orbited its star every 4 days, far more quickly than any of our Sun’s planets.

So, with a single set of observations we answered an age-old question: yes, there are other planetary systems around stars like our Sun.  However, they do not necessarily look like our solar system. Today we know of almost 500 extrasolar planets with masses ranging from a few Earth masses to a few thousand times the mass of Earth. Their orbits, composition and other characteristics continue to surprise us as we learn more about these other worlds. 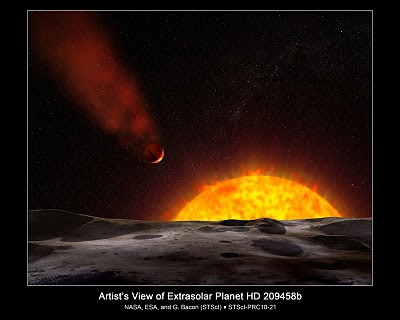 Radial velocity detection of planets is much more sensitive, reaching down below 10 Earth masses.  We can detect tiny changes in the light output of a star as a planet transits in front of it from our perspective here on earth, a technique currently being used by the Kepler space telescope. We can also probe planetary systems by measuring microlensing as their gravitational fields bend rays of light from a more distant star.

Telescopes on the ground and in space have even directly imaged a few large planets as distinct point sources. In other cases, we can learn about planetary systems by measuring infrared and radio emission from giant disks of gas out of which planets are believed to form.

Even more important to identifying Earth-like worlds, the Hubble Space Telescope and the Spitzer Space Telescope have found the spectral lines of carbon dioxide, water, and the first organic molecule, methane, in the atmospheres of orbiting planets. All this in fifteen years is extraordinary progress.

Astronomers are now ready for the next stage in the quest for life beyond the solar system; to search for nearby, habitable, terrestrial planets with liquid water and oxygen. The host star of such a planet may be one like our Sun, or it could be one of the more plentiful but less hospitable cooler red stars.

Cooler red stars are attractive targets for planet searches because light from a planet will be more easily detected above the dimmer light of these cool stars. However, terrestrial planets are relatively small and dim, and are easily lost in the scattered light created by the dusty disks that typically orbit stars.

Armed with new technologies and advances in understanding of the architectures of nearby planetary systems, astronomers hope to meet this challenge in the coming decade also.

The third key science objective for the coming decade deals with the physics of the Universe and is entitled Understanding Scientific Principles.

Astronomy and physics are closely related. For example, observations of orbiting planets furnished verifications of Newton’s law of gravitation and Einstein’s theory of general relativity. The universe is the only laboratory that offers access to special conditions and circumstances not available on Earth, helping us to both understand and discover new elements of the basic laws of nature.

In this past decade we have witnessed the confirmation of the remarkable discovery that the expansion of the universe is accelerating. This acceleration is attributed to the effect of a mysterious substance called dark energy that accounts for 75 percent of the mass-energy of the universe today. The remainder of the mass-energy is comprised of 20 percent dark matter, which is believed to comprise new types of elementary particles not yet found in laboratories on Earth and 4.6 percent regular matter, the stuff we can see and feel directly. 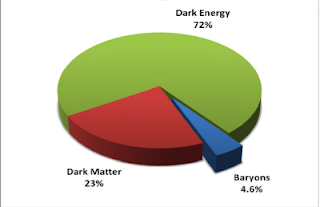 In the coming decade we hope to answer questions about the state of the universe at a time very soon after the big bang.  Recent observations of the cosmic microwave background are consistent with the theory that the universe underwent a burst of inflation when the expansion also accelerated and the scale of the universe grew from its infinitesimally small beginnings to about the size of a person.

Gravitational waves created at this time carry information about the behavior of gravity and other forces during the first moments after the big bang. These waves can be detected through the distinctive polarization pattern that they impose on the cosmic microwave background radiation.  Detection of this imprint would help us explore fundamental physics at very high energies and reveal new details about the birth of the universe.

Another opportunity to study fundamental principles in physics comes from precisely observing the behavior of black holes.  Black holes are commonly found in the nuclei of galaxies and are born when very massive stars end their stellar lives.  Scientists have an exact theoretical description of space-time around black holes but do not know if this description is correct. One way to find out is to observe X-ray-emitting gas and stars as they spiral toward a black hole’s event horizon, a place beyond which nothing, not even light, can escape. Another is to observe the jets that escape black holes with speeds close to that of light.

However, the best test of all will come from measuring the gravitational radiation that is observed when moderate-mass black holes merge. We now have the software and the computing power to calculate the signals that should be seen and the technology to test the theory.

The experiments and tools proposed to investigate these key scientific questions are as remarkable as the questions themselves. Satellites that fly in formation to detect gravity waves in space, a space-born Wide-Field Infrared Survey Telescope designed to explore the acceleration of the expansion of the Universe and hunt for earth-like planets, and the Large Synoptic Survey Telescope, a wide-field telescope to study variable sources and address questions that range from asteroids that threaten Earth to the nature of dark energy. 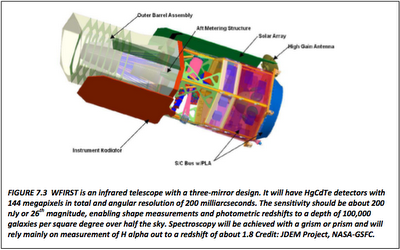 We can look forward to exciting new discoveries in the near future as astronomers explore our distant past with instruments that haven’t even been built yet.
Posted by Big Mike