Impressions from the 215th AAS Meeting in Washington, DC

The American Astronomical Society held its 215th annual meeting in Washington DC January 3-7. Now with the talks all done, the posters taken down and the tables and chairs packed away, I thought I’d give a brief overview of my own impressions from the meeting.

I think everyone who went to the meeting was eagerly anticipating the first results from the Kepler mission. They did not disappoint. Five new exoplanets, a mysterious, possibly new type of object too hot to be a planet, but not a star, (or is it?), reports on the excellent performance of the detectors and space craft, and asteroseismological results, all from the first months of observations.

"Kepler is working so amazingly well," says Berkeley's Geoff Marcy, a member of the Kepler science team, "that the light curves look like they come from a textbook, not a real instrument."

What I found even more impressive was the immediate release of science papers by the team, with a dozen significant papers hitting the astro-ph server within hours of being announced at the AAS meeting. The mission scientists were ready and loaded for bear right out of the shoot. We are gong to be hearing about results from this exciting mission for years and years.

If John’s name sounds familiar it’s because he’s a veteran of five space flights, including three servicing missions to the Hubble. He’s logged over 835 hours in space, including eight space walks, totaling nearly 60 hours. He succeeds Dr. Michael Hauser, who stepped down in October.

There were plenty of new science results presented at AAS demonstrating that Hubble has been reborn again, and is in fact better than ever. Images of the earliest galaxies ever recorded were among the hot Hubble news this week. "We're just at the beginning of this story," said Grunsfeld. "It's incredibly thrilling to see these new instruments working and delivering results." 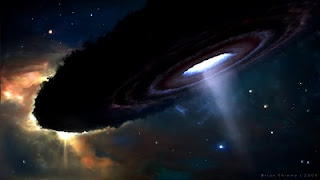 One of my favorite 2009-2010 stories is the enigmatic variable star epsilon Aurigae. Epsilon Aur made the news at AAS on several fronts. Talks from some of my colleagues on results from the Citizen Sky project were given on Tuesday, and results from observations in the far ultra-violet using the Spitzer Space Telescope were also big news.

Observations by Dr. Don Hoard and collaborators using Spitzer revealed the presence of a disk about 8 astronomical units in diameter, as expected. What was unexpected was that it consists of relatively large particles mostly the size of sand grains, not the usual microscopically fine space dust. Observations also indicate the presence of a smaller, very hot star at the center of the disk, probably spectral type B.

Hoard and his colleagues have proposed a new model to explain these observations. A key element is that the primary, a bright F supergiant, is much less massive than previously thought. In their model the primary started off at around 10 solar masses (as opposed to the 15 or 20 previously assumed) and has since blown off much of that via its stellar wind. The B star companion has only about 6 solar masses, and shines much dimmer. According to Hoard and colleagues, the dark disk is not that of a newborn star still accreting material. The disk is made of material that the B star gravitationally captured from the evolved primary’s wind.

"It was amazing how everything fell into place so neatly," said collaborator Steve Howell of the National Optical Astronomy Observatory. "All the features of this system are interlinked, so if you tinker with one, you have to change another. It's been hard to get everything to fall together perfectly until now."

There is some controversy about this and still a lot to be learned. Arne Henden, director of the American Association of Variable Star Observers, (and my boss), emphasizes that the mystery of epsilon Aurigae has not been solved yet. “We’re nearing the middle of the eclipse, and lots of interesting things will happen over the next year. There are still things about this system we don’t understand.”

The blogosphere was alive and kicking throughout the meeting. New media coverage of the fast breaking news was phenomenal. First and foremost, I have to thank and congratulate Pamela Gay and Fraser Cain for the excellent coverage of the press conferences and many of the invited talks on Astronomy Cast Live. I wasn’t able to attend the meeting, but thanks to the live coverage I feel like I got to see a lot of the events I would have wanted to cover if I was there in the flesh. I was able to watch new NASA Deputy Director, John Grunsfeld, live and share in the audience’s approval and excitement. The 21st century will see a lot more remote coverage of science news, and Astronomy Cast Live is showing the way.

Twitter was also abuzz with tweets coming directly from attendees. There was a wave of tweets rolling in as Charlie Bolden, the new NADSA administrator, gave the keynote address to a packed house. Every time he made an applause-worthy or controversial statement, Twitter lit up with quotes and comments from people in the conference room.

Bloggers from Universe Today and elsewhere covered all the big stories and had blogs posted by the end of the day on everything exciting and new.

The print press was also there in full force. I have to admit, Bob Naeye, the Editor in Chief of Sky and Telescope magazine impressed me at the press conferences with his knowledgeable and penetrating questions. He appeared well versed in what ever the topic of the moment was, from Gamma-Ray Bursts to stellar evolution to exoplanet searches and results. Bob was everywhere, asking multiple questions of numerous speakers at just about every press conference I witnessed.

By and large, scientists are doing better than ever at getting the word out about the scientific method, the universe we live in and the ‘secret lives of astronomers’. There are still those PhDs who can’t give a presentation, and should take a public speaking 101 course, but every discipline has people who just suck in front of a microphone. I give a big Simo-wag-of-the-finger to those astronomers who come ill prepared to give a talk or stammer through press conferences; you know who you are. Fortunately, they are the small minority. 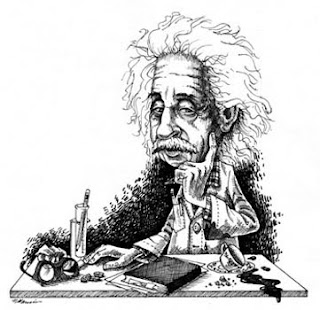 I think the 3,000 people attending this meeting would agree that most of these astronomers are succeeding admirably informing the public and each other in entertaining and enlightening ways. The AAS is not a bunch of geeky nerds with pocket protectors in lab coats. They are real people doing real science in the real world, really well. Really!
Posted by Unknown

Now how come we didn't meet up? I was there for almost every press con!

CC, you musta missed this line in my blog..."I have to thank and congratulate Pamela Gay and Fraser Cain for the excellent coverage of the press conferences and many of the invited talks on Astronomy Cast Live. I wasn’t able to attend the meeting, but thanks to the live coverage I feel like I got to see a lot of the events I would have wanted to cover if I was there in the flesh."

That's what I get for skimming on the run between flights!